Emerging Contaminants – What You Should Know

Advances in testing and research have discovered chemicals in our environment that were previously thought to be absent. These chemicals are referred to as emerging contaminants (ECs). ECs encompass many different categories of synthetic and naturally occurring chemicals including pharmaceuticals and personal care products, persistent pollutants, pesticides, endocrine-disrupting chemicals, nanomaterials, and various other substances. These chemicals can be found in the foods we eat, water we drink, and air we breathe.

ECs are not necessarily newly created chemicals; in fact, they may have been in use for many years before being termed as ECs. Rather, they are chemicals that are not currently regulated or routinely monitored but have the potential to enter (or have already entered) the environment and can cause adverse ecological and human health effects. Because ECs have not yet been studied in depth, the risks they pose to human health and the environment are not fully understood.

Some well-known ECs of the past include PCBs (polychlorinated biphenyls), DDT (Dichlorodiphenyltrichloroethane), PBB (Polybrominated biphenyls), MTBE (Methyl tertiary-butyl ether), and asbestos. Our knowledge of these compounds’ toxic effects has matured over the years to the point where they are no longer considered ECs.

Per- and polyfluoroalkyl substances (PFAS) are ECs that have been used commercially for decades. In December of 2021, the EPA announced nationwide monitoring efforts to better understand the extent of PFAS in drinking water. In Michigan, the state has set drinking water standards which are seen as an important regulatory tool that other states have not imposed. Initially developed in the 1950s, PFAS are a group of man-made chemicals that were historically used in consumer products such as nonstick cookware, waterproofing of textiles, and firefighting foam. According to the Centers for Disease Control and Prevention (CDC), preliminary research suggests PFAS exposure may potentially affect the growth, learning, and behavior of infants and older children; lower a woman’s chance of getting pregnant; interfere with the body’s natural hormones; increase cholesterol levels; affect the immune system; and increase the risk of cancer.

As technology has improved, our ability to identify and learn more about ECs has also improved. For example, technology inherently limits the level at which we can detect various chemicals. As technology has improved over the last 30 years, our ability to reliably detect chemicals at lower concentrations has increased significantly — from analyzing chemicals at a scale of 1 part per million down to analyzing them at 1 part per billion. To put this scale into perspective, consider that 1 part per million is equivalent to 1 minute in 1.9 years and 1 part per trillion is equivalent to 1 minute in 1,900,000 years.

A further complication in the identification of ECs is that once the technology to measure lower concentrations is achieved, it takes time to develop the proper analytical methodology to prove the technology can reliably detect each target chemical accurately, precisely, and consistently. As the technology is implemented, more and more chemicals (i.e., ECs) are identified and evaluated.

Envirologic’s team of environmental professionals stays abreast of the latest ECs through its continuing education programs with state and national professional organizations. We regularly interface with state and federal environmental regulatory agencies regarding ECs, as well as investigate recently published academic research. We stand ready to advise our clients on the risks posed by ECs to their businesses and/or stakeholders and are prepared to adjust to the demands of ever-changing industry trends. If you have any questions, please contact our Environmental Investigation Group at (800) 272-7802 or by email. 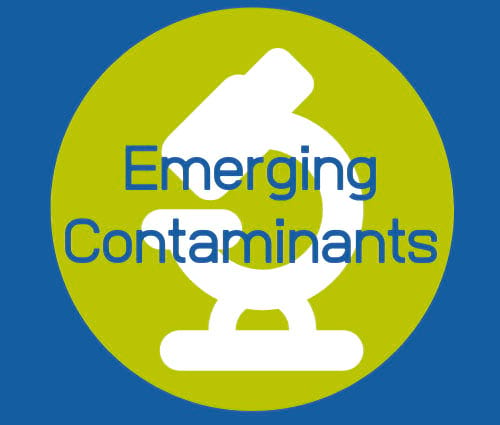