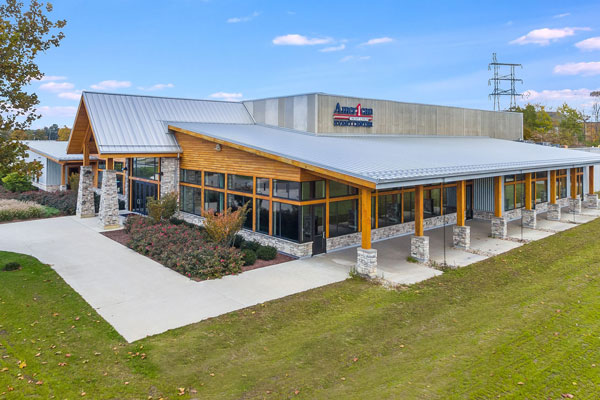 The newly constructed 30,000-square-foot American 1 Event Center is part of an effort to revitalize the Jackson County Fairgrounds. In 2016, Jackson County completed a Master Plan to reshape the underutilized fairgrounds, now known as James J. Keeley County Park, and better serve the needs of the community. Completion of the event center project was an important milestone in achieving that goal.

The location of the current event center was historically occupied by a steel products manufacturer and later, the Jackson County Road Commission. Previous environmental assessments conducted by Envirologic identified petroleum contamination, primarily in the location of a former aboveground fuel tank, and non-petroleum contamination associated with the historical operations of the property. These assessments were funded by the Jackson County Brownfield Redevelopment Authority’s U.S. EPA Brownfield Assessment Grant.

Due to the levels of contamination present, there was a potential for contaminant vapors to migrate into the proposed event center structure after construction, posing a risk to the indoor air quality. Envirologic worked with the general contractor and architect to help integrate the design of a passive sub-slab ventilation system into construction specification documents. This system provides a passive path of least resistance for soil vapors to vent to the ambient air outside the building rather than enter the indoor air space. Envirologic additionally oversaw installation of the ventilation system by the construction team and conducted quarterly sampling of soil gas to monitor building conditions, which demonstrated the effectiveness of this system to protect building occupants.