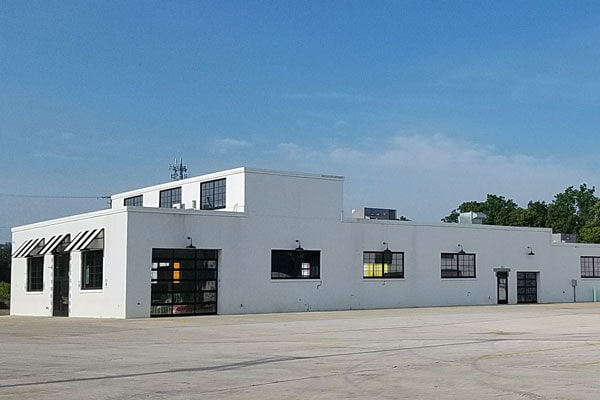 Clark Logic, a local warehousing and trucking company, purchased the former Arco Manufacturing facility in 2015. Once the property had been acquired, Clark Logic intended to create a space for local manufacturers, as well as an Arts & Events Center. Clark Logic would further utilize the site for warehousing and logistics to support the manufacturers at the site, as well as others. The site had been previously identified as a source of chlorinated solvent contamination that had impacted a large area within the Village of Schoolcraft. Additionally, the facility was in a significant state of deterioration, and asbestos-containing materials were found and needed to be removed prior to interior demolition.

Clark Logic approached the Kalamazoo County Brownfield Redevelopment Authority (KCBRA) to apply for funding assistance on this complex and difficult site. As the KCBRA’s contracted Environmental Consultant, Envirologic has been integral to the successful completion of this project.

Utilizing the KCBRA’s U.S. EPA Brownfield Assessment Grant funds, Envirologic completed Phase I and II Environmental Site Assessments and a Baseline Environmental Assessment for the property. Envirologic focused on ensuring that contamination remaining beneath the building slab would not pose a risk to future building occupants. The investigations revealed that in order to address this risk, a vapor intrusion mitigation system sufficiently large enough to address the full 102,000-square-foot building would be needed.

Although a Brownfield Plan was adopted for the site, it was determined that additional funding would be necessary to cover the mitigation system. Envirologic successfully applied to EGLE on behalf of the KCBRA, resulting in a $200,000 EGLE Grant and a $150,000 EGLE Loan. Envirologic also helped the county negotiate an agreement with the developer to provide repayment guarantees for the EGLE Loan, not covered by tax increment through the Brownfield Plan, which was secured through a bank letter of credit.

The mitigation system involved multiple suction points, five blower units, alarm systems, and other components, which allowed Envirologic to demonstrate that a negative pressure differential is continuously in place beneath the entire building slab.

Working with the KCBRA, Envirologic successfully proposed, secured, and implemented an EGLE Grant and Loan to fund the design and installation of the vapor intrusion mitigation system, manage contaminated soil disturbed during redevelopment, remove abandoned hazardous substances, and ultimately provide Clark Logic with documentation of compliance with their Due Care obligations. Envirologic’s work also included preparation of a Brownfield Plan, Work Plans for EGLE approval and progress reports, budget spreadsheets, etc. to aid in the county’s administration of the grant and loan. This site was used by EGLE for training staff related to vapor intrusion issues.