Environmental Services in Support of a Fixed-Base Operator 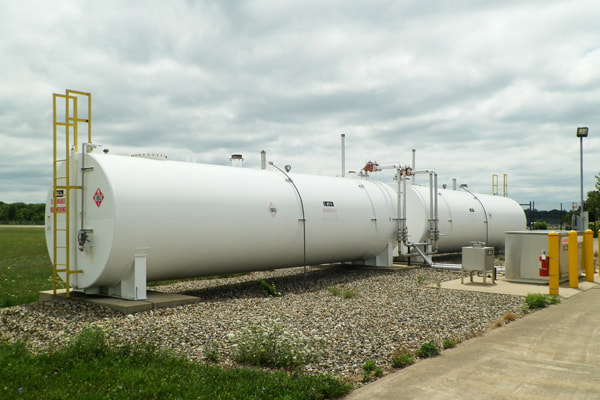 Since 2012, Envirologic has provided a range of environmental services to a fixed-base operator that has locations at two Michigan airports, among numerous other airports across the country.

One of the client’s Michigan locations houses a fuel farm containing five 20,000-gallon aboveground aviation fuel storage tanks (ASTs) located within the airport property. The client contracted Envirologic to identify whether a release from the ASTs had occurred and to determine the presence and/or integrity of the secondary containment system liner. Envirologic implemented a soil sampling strategy that consisted of collecting soil samples in and around the ASTs within the secondary containment. Results revealed that a release had occurred.

To eliminate the risk of exposure, Envirologic recommended the implementation of institution controls on site. Envirologic presented the remedial investigation and final remedy to the Michigan Department of Environment, Great Lakes, and Energy (EGLE) to obtain a No Further Action (NFA) status for the release. The NFA was issued by EGLE in 2016.

The client has fixed-base operations at its two Michigan airport locations. These operations are subject to storm water management and spill prevention requirements through the State of Michigan’s environmental rules and regulations. Envirologic developed and implemented the necessary Storm Water Pollution Prevention Plans, Spill Prevention Control and Countermeasure Plans, and Pollution Incident Prevention Plans for both locations. We have assisted with the implementation and ongoing compliance of these plans for over eight years. Implementation of these plans has been an integral part of the client’s stewardship of surrounding land and water resources.

Environmental Due Diligence for Acquisition of Additional Hangars

Envirologic was contracted to perform due diligence activities associated with the acquisition and divestment of the client’s fixed-base operator facilities (i.e., hangars). For each of these potential sites, Envirologic identified the unique environmental issues associated with aviation activities (e.g., deicing waste, runoff of paints and solvents from aircraft painting, handling of aircraft fuels and spill prevention, etc.) and prepared Phase I Environmental Site Assessments, hazardous material surveys (lead paint and asbestos), and abatement plans.