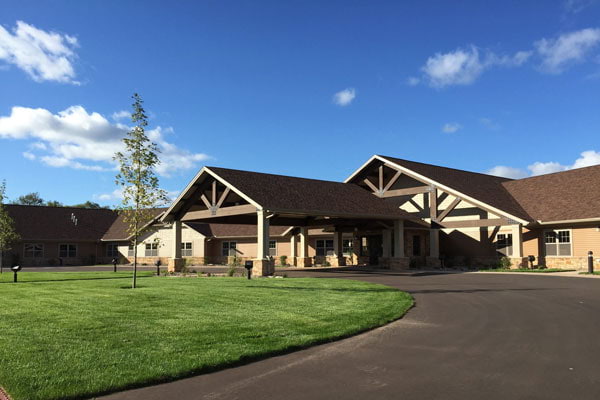 The Teal Lake Senior Living Community served as the catalyst for the revitalization of a 32-acre vacant brownfield site that had remained idle since historic mining operations ceased. Data sources indicate this property was utilized in support of iron ore mining associated with the former Cambria-Jackson mine, dating back to at least the 1920s and likely beginning as early as the mid-1850s.

This project is a great example of a public/private partnership involving the City of Negaunee, the City of Negaunee Electric Utility, the Marquette County Brownfield Redevelopment Authority (MCBRA), the Marquette County Land Bank Authority (MCLBA), and a private developer. The developer paid to extend the municipal street, sewer, and water; the city paid to extend the electric utility; and the MCBRA/MCLBA used their resources to assist with project financing through a Brownfield Plan. Approximately $47,000 in U.S. EPA Brownfield Assessment Grant funds were used for Phase I and II investigations completed by Envirologic.

Sampling resulted in the identification of select metals and other contaminants in shallow soils, as well as select metals in groundwater. Envirologic prepared liability protection documents (Baseline Environmental Assessments) for the city, which maintained ownership of the street and right-of-way; the MCLBA, which took possession of the property temporarily; and the developer. A Due Care Plan, which outlined proper site management and maintenance related to site contaminants, was also prepared for the developer.

Envirologic additionally developed a strategy allowing the MCLBA’s participation in this project, which qualified the parcels for eligible activities through a Brownfield Plan to finance infrastructure improvements and site preparation. This allowed the Brownfield Plan to reimburse the developer for the infrastructure and environmental costs; the city for the extension of electricity to the site; the MCLBA for their Eligible Tax Reverted Property Specific Tax, which was partially used to support the developer; and the MCBRA for the use of U.S. EPA Brownfield Assessment Grant funds.

The new senior living community represents a valuable resource that supports an under-serviced market within the Negaunee region. The project investment ($5,572,000) and job creation (~26) associated with this redevelopment represents an important influx of resources and jobs to the area. The infrastructure improvements completed for the operation of the senior center will spur additional private investment through further mixed-use residential and commercial development on this former mining site.